Many potential homebuyers recognize the name Quicken Loans as a mortgage lender. The company has spent a lot of money on clever ads and building a brand for their latest product, Rocket Mortgage. However, the company isn't telling you everything and many have found their home buying experience with them to be a disaster.

Quicken Loans touts that J.D. Powers has ranked it highest in customer satisfaction for Primary Mortgage Origination for nine years. It also ranks highest in customer satisfaction in Mortgage Servicing for five years. However, the company doesn’t disclose the numerous complaints filed against it and the fact it has been the subject of several lawsuits.

You want your experience in buying a home, whether it's your first or fifth, to be a good one. So, here are five reasons to never use Quicken Loans to buy a home in San Diego.

Reason 1 - Quicken faces accusations from the Department of Justice that it encouraged employees to ignore Federal Housing Administration (FHA) rules.

Reason 2 - Quicken is not a local company.

Reason 3 - Quicken was caught with a misleading advertisement aimed at veterans.

Reason 4 - Quicken employees said it is dishonest in its lending practices.

Reason 1 - Quicken faces accusations from the Department of Justice that it encouraged employees to ignore Federal Housing Administration (FHA) rules. 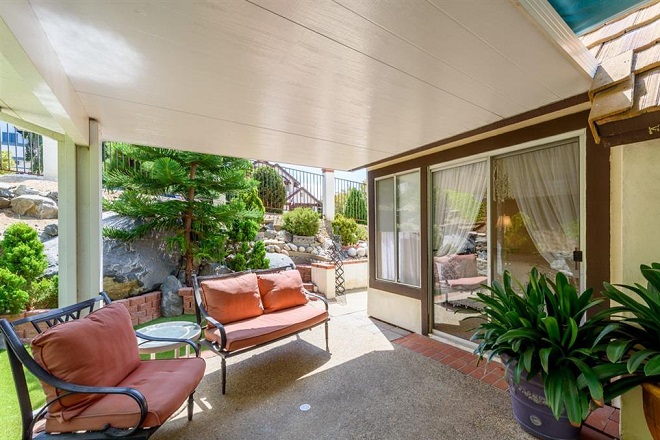 This legal battle began four years ago and will head to court in August. The mortgage company and the DOJ are going to try to negotiate the matter one more time.

Quicken was charged by the DOJ with violating the False Claims Act by knowingly submitting hundreds of loans for FHA mortgage insurance that where improperly underwritten. The allegations go as far to state that Quicken had an underwriting process that led to employees disregarding FHA rules and falsely certifying underwriting requirement compliance. The result was the company had bigger profits from FHA-insured mortgages.

Want to work with someone local? If you have had a job (or business) for 2 years or more, a 640 or higher credit score, you might qualify for down payment assistance (doesn’t matter if you have owned before)…

Quicken denied the charges and sued the DOJ and the Department of Housing and Urban Development. The company alleges the DOJ was attempting to force it to make false public admissions and pay a penalty regarding the FHA lending practices.

Reason 2 - Quicken is not a local company. 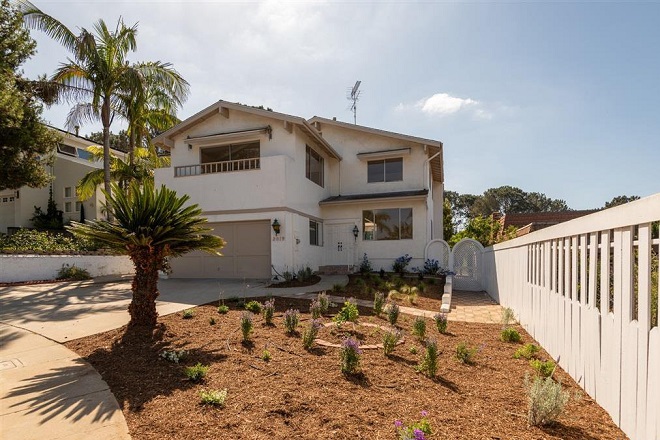 Those who buy homes in San Diego are served best by banks and mortgage lenders who have branches in the area. Quicken is based in Detroit, so dealing with them can be a hassle. There isn't one person to talk to about your loan and everything is done by phone or on the web.

San Diego is unique in that there are many different neighborhoods with different price ranges and home market values. Some neighborhoods are transitioning and others are older. It’s important to have a mortgage lender that understands all aspects of the area rather than use a one-size-fits-all method to get a home loan approved.

Reason 3 - Quicken was caught with a misleading advertisement aimed at veterans. 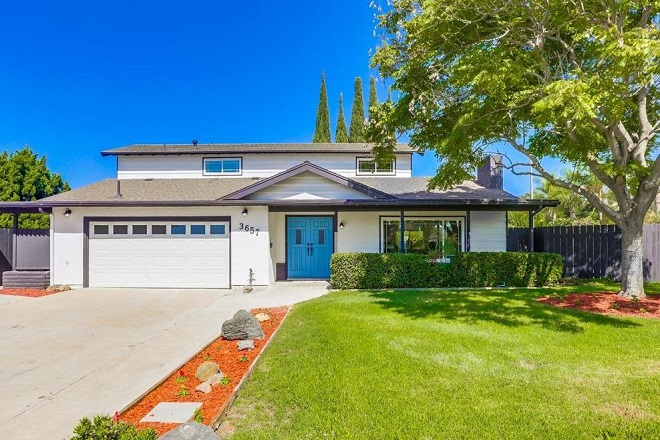 This is important to those in San Diego because so much of the local economy is rooted in the military.

The original ad, which was mailed to veterans in 2015, included an eagle encircled by two dozen red starts and a watermark that had the words "United States Veterans Department." Many thought the mailer was an official government document when it was actually a solicitation for a "prequalified" mortgage loan.

Are You a Veteran? Find out if you qualify for a VA loan. Don’t use a telemarketer from Detroit – stay local

Officials believe it could have misled thousands, even millions of veterans, into applying for a loan they thought was offered through the government.

The government forced Quicken Loans to pay $250,000 to the Washington State Department of Financial Institutions as part of the settlement. It was also issued a consent order in 2016 that forbids such ads in the future and put the mortgage company up for at least one yearly review conducted in 2017.

Reason 4 - Quicken employees said it is dishonest in its lending practices. 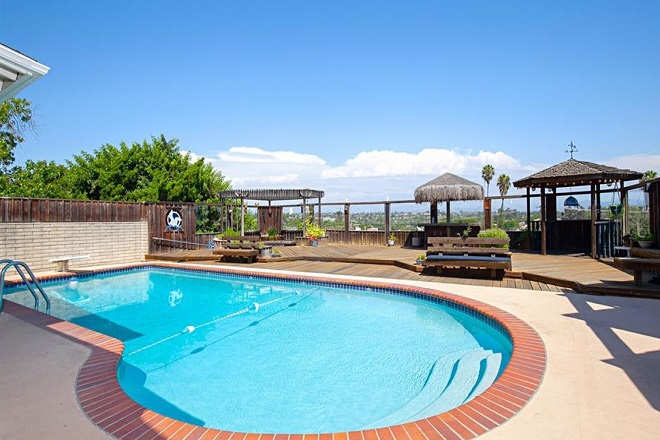 A lawsuit was filed in federal court in 2011 where both consumers and Quicken employees contend the company high-pressured older Americans and vulnerable homeowners into acquiring a mortgage. It also alleges employees were encouraged, bullied or intimidated to mislead borrowers about their loans, falsifying property appraisals and even submitting records to underwriting and the government that were knowingly false in order to get the loan approved.

The result for new homeowners was that their loans didn’t serve them well. They were paying too much in interest or payments that were too high for their budget. 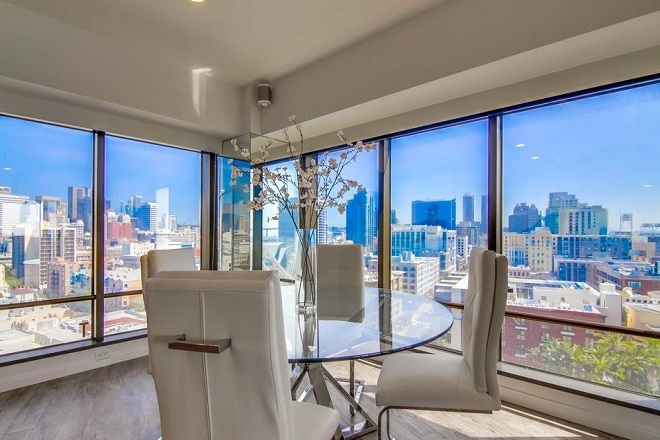 Dan Gilbert, owner of the NBA's Cleveland Cavaliers, owned the company prior to selling it in 1999 to Intuit, a business software company. At the time, Quicken Loans was called Rock Financial.

Gilbert, along with other investors, repurchased Quicken Loans from Intuit in 2002. However, Intuit continues to market Quicken's personal finance tools.

Those who are seeking a home loan in San Diego need a stable mortgage lender that is easy to get through to if there is a question or concern. They need a personal adviser they know by name and clearly presented documents regarding their mortgage.

Apply Online Now: Why not work with someone whom lives in San Diego, has one of the most popular local real estate websites, and who’s article you are reading right now?

San Diego homeowners have other options besides Quicken Loans and many of these other options seek to serve special segments of the population like the military or older workers. They can help potential homeowners through the process much easier than a national company doing business in all 50 states.

? I would love to help assist you with your home purchase, home sale, or home loan - please feel free to give me a call, text, or use the form below.

$1,800,000
Neighborhood: Oceanside
625 Garfield Street
Oceanside, CA 92054
3
Beds
2
Baths
1,650
Sq.Ft.
1958
Year Built
2
Days on Site
305797922
MLS
On the hunt for a delightful Oceanside oasis where you can walk to the beach and enjoy laid-back coastal living, while being just moments away from everything San Diego has to offer? This beautifully...
Pacific Sotheby's Int'l Realty 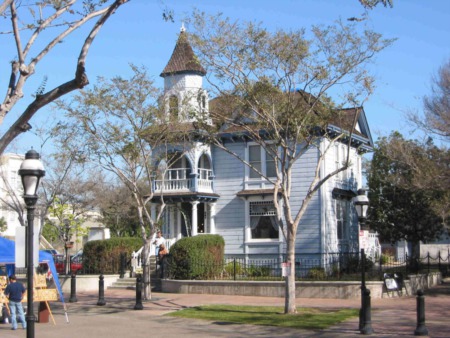 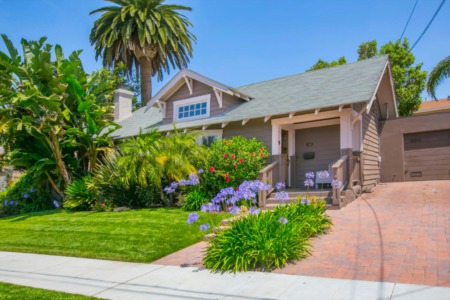