How Much Money Do I Need Down For a San Diego Mortgage in 2021?

(Please note: This was transcribed below and might not be the best word for word transcription.)

Scott Taylor with sandiegorealestatehunter.com, licensed in the City of California for both real estate and mortgages with an emphasis on San Diego.

Now, there is a common question that people call me and text and e-mail and says,

“Hey, how much money do I actually need to put down to get a regular mortgage?” because there's a lot of misinformation out there.

So, I wanted to shoot a quick video to kind of break it down.

And let’s use this for San Diego as a for instance, so we have some hard numbers, so you know what to do.

If you go with a V.A. loan and you're a veteran, active or past, you can go zero down.

Probably the best loan that you could do, is a V.A. loan.

Besides that, you can do what’s called a U.S.D.A mortgage; if you bought in [Fall Brick] of [Juliet] or Ramona or Santa Isabel.

You can also go zero down for that.

Now, from there, we can go conventional as low as three percent down.

Now, this will be a little confusing but as low as three percent down on conventional, up to the four twenty four one hundred loan amount.

From that up to the six forty nine seven fifty, is called High Balance or Super Conforming.

For that, you would put down five percent.

Now, let’s go to F.H.A. If you're going with an F.H.A. mortgage, you can put down as low as three point five percent down.

What’s great about the F.H.A, is that you could actually go up, member on Conforming or Conventional.

It was up to that four twenty four one hundred, at three percent and that six point seven fifty, was five percent.

If you go F.H.A, you could put down three point five percent down, up to all the way to six forty nine seven fifty.

What that really means is, according to math, that you could buy a place probably plus or minus six hundred and seventy five thousand dollars if you go F.H.A and only put down three point five percent.

Now from there, you can do what's called a Piggyback Mortgage, where you have let's say five percent down, you have your super conforming first and you have a small second.

Your small second might be a second loan or a home equity line of credit; that's called a Piggyback, so, that’s five percent down.

It can be as low as five percent; usually though, you want to put down a minimum of something like ten percent down from a jump up.

Need Money? Whether you are a first time home buyer, currently own, or have owned in the past – you can get money to cover your down payment and closing costs – see the best programs now…

Over 500 articles on real estate, on mortgages, on different types of mortgages, on deal structure, even go to watch some educational videos, non-salesy, non-pitchy, like this.

No suit, no tie, no fancy studio, there's just me talking to you about everyday stuff on how you could buy a house or how you can refinance in San Diego.

Apply for a mortgage online in twenty minutes or less.

As soon as you’re done, I’ll get a text alert, I’ll pull your credit.

I’ll call you up on the phone, we’ll discuss what the credit report says, if it looks pretty good and then I'll send you a list of supporting documents, things that you've already heard, that you know; things like a driver's license and social security card, last year's tax returns and W2s, last full month's pay checks, last two full months bank statements, all pages.

[Inaudible 00:04:15] statement, if you have a 401K or IRA or stocks or bonds, depending on what your credit report says, we might need short sale or foreclosures paperwork or Chapter seven or Chapter thirteen or…

You get the idea.

Go to: scottsloanapp.com to get started,

I look forward to helping you with your mortgage sometime soon. 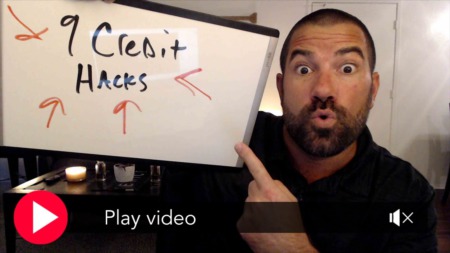 In this video I reveal 9 major credit hacks I have learned from seeing hundreds and hundreds of loan applications over ... 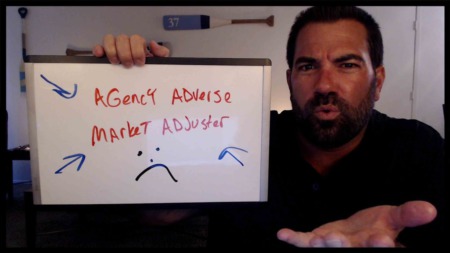 In this video I break down what happened earlier this week, late on Wednesday, that cost everyone looking to get a ...