Borrego Springs is an excellent destination for people seeking some time off their busy schedules. With its low population, remote location, and the vast Anza Borrego Desert surrounding it, it is ideal for both adventure and as a second home. Its commitment towards conservation and maintenance, enabling it to retain its small-town feel over the years.

Borrego Springs is 90 miles off downtown San Diego and the popular lights of California. Only two hours commute from the city; the remote hideout is vacation-worthy for a myriad of reasons. It is surrounded by the vast 600,000-acre desert, a renowned tourist attraction for hikes and golfing.

The land is rich in history, which has contributed significantly to the origin of its name. Initially inhabited by Kumeyaay Indians in the 1770s, the region bore the name Borrego, Spanish for the bighorn sheep seen roaming freely on the land. The surrounding desert acquired its name from a traveler Juan Baustiste de Anza.

A highly ranked lieutenant visited the spring in 1772 in search of military deserters and camped with the Kumeyaay. In 1774, Anza traveled from Sonora Mexico in search of alternative entry routes to different regions of California. He, alongside twenty-five others, came across the vast desert and were impressed, thus spreading the word on its existence. The Kumeyaay Indians narrated the stories over the years; therefore, the region attained its name Anza Borrego Desert.

It would be a century later that homesteading began, albeit at a sluggish rate. Following the digging of the first well in the mid-1920s, farming, the main economic activity grew drastically. The region was further opened up by the stationing of the military base during World War II. The decision necessitated the construction of the paved road later, which later made Borrego attractive to developers.

Due to its remoteness, Borrego Springs was unknown and did not appear on the map of San Diego up until 1833. Therefore, it has never been incorporated as a town and thus has no mayor or any other body of governance. 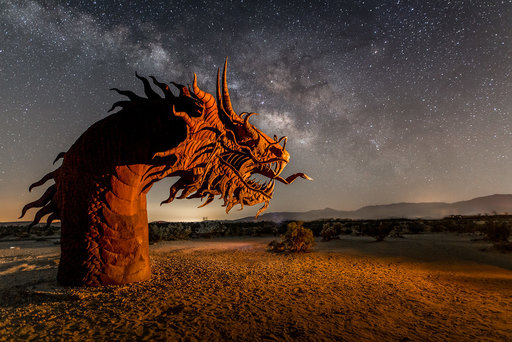 The location of Borrego Springs is strategically at the center of three mountains. These alongside the surrounding desert effectively deter the light pollution from its neighboring cities. It, therefore, boasts of clear night sky nearly all year round- 300 days. Due to this, night times offer a starry sky, a magnificent attraction for any stargazer.

Night Sky Tours presents a great opportunity for night sky excursions usually with the legendary astronomer all year. Telescopic observation of the night sky and an astronomical interpretation a highly coveted privilege for some stargazing enthusiasts.

The dry air and the minimal light pollutions are an excellent combination for the glittery blanket. Borrego Springs prides itself on its diligence and devotion towards dark sky protection and restoration. The International Dark-Sky Association recognized this commitment naming it the first International Dark Sky Community in California. The only dark sky community in the entire state. 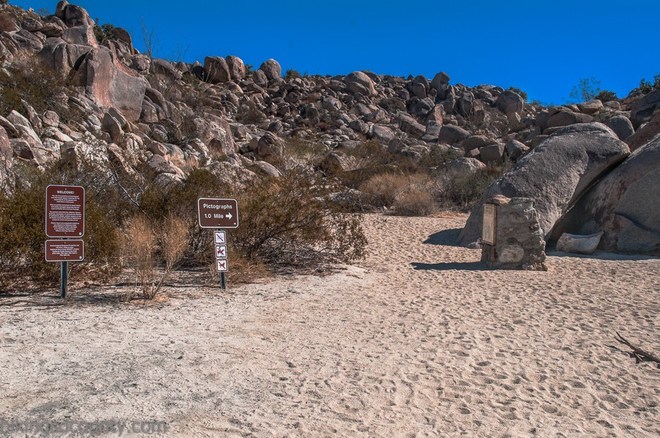 The Anza Borrego Desert surrounds Borrego Springs on one side and steep, rocky mountains on three sides. The Santa Rosas to the north, San Ysidros to the west, and the Grapevine Hills to the south offer vast terrain for the adventurous to hike on any given day. The jumbled mud hills of the Borrego Badlands, which stretch off towards the Salton Sea, offer an extra distance of coverage.

Besides the mountainside, the Borrego Springs possess other hiking paths for its visitors and residents. The Borrego Palm Canyon Nature Trail and the Slot Canyon are hiking trails within the Anza Borrego Desert State Park.

The three miles nature trail within the Anza Borrego Desert State Park can is covered in two hours round trip. The entire expedition entails a self-guided path across native flora and fauna attributed to California. Populations of desert lavender bushes, catclaw, honey mesquite, and cholla cacti are a recurrent sight during the walk.

The Slot Canyon is one of the main tourist attractions in Borrego. It offers the opportunity to pass through gravity defying passage within a narrow siltstone canyon. The walk begins as a 1oo feet descend from a parking lot into the ravine below. Spectacular cliffs and a rare scepter-shaped rock slab bridging a gap in the canyon are some of the natural wonders showcased.

Being a desert park, it is home to several desert animals. The famous bighorn sheep Peninsular, Iguanas, Costa’s hummingbirds and California quails are some of them. ‘Painted’ rocks planted on the nature trail not only add character to the park but are home to tiny bacteria colonies.

See the latest Borrego Springs active, pending, and sold homes for sale like a Pro – without the expensive license… See Now › 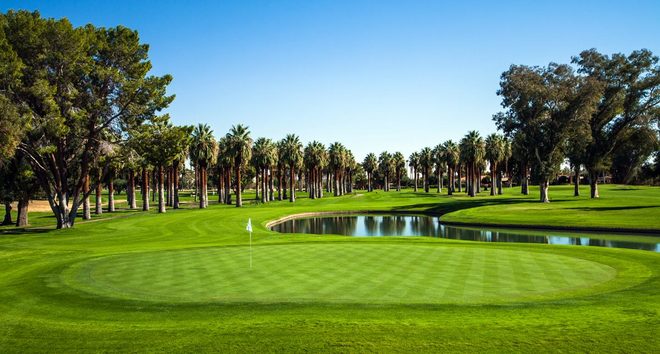 Borrego Springs has something for everyone golfers included. The Ram Hill Golf Club is an internationally accredited golf course. The 18 holes course transversing the desert is a beautiful playing field for both professionals and amateurs.

Due to its popularity, the Club offers the stay and play packages at its House on the Hill rental home housing eight guests per night. 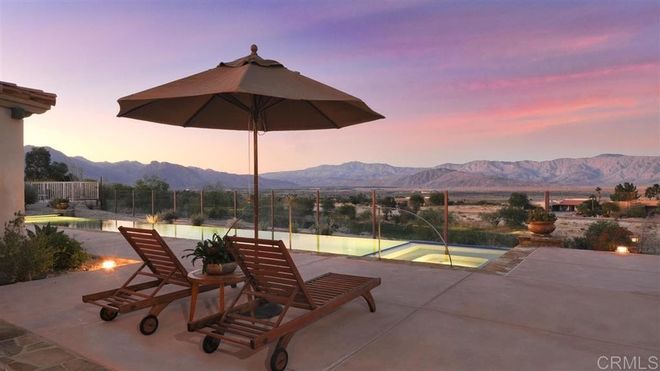 After the end of World War II, developers realized the potential of Borrego Springs and attempted to create a resort community to capitalize on its tourism.  The region is now home to 3500 permanent residence and more than 10,000-second homeowners.

Its inhabitants are mostly retirees, thus a conservative setup ideal for young families. Due to its remoteness, there are currently no reported cases of insecurity with crime rates almost nonexistent. 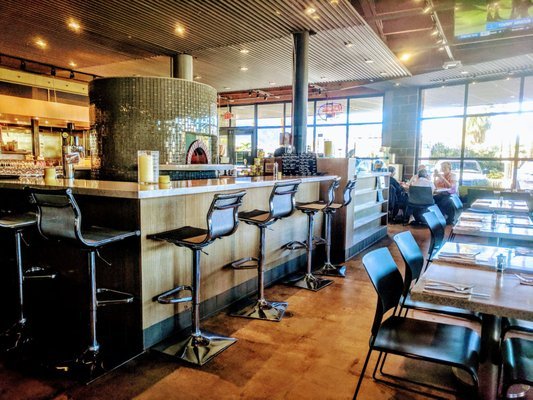 Given farming is one of the main economic activities, there is a variety of food choices. Most importantly, the quality is guaranteed since it is a farm- plate serving. Such convenience caters to both vegetarians and non-vegetarians at the same level of quality.  Restaurants and bars such as Carlee’s, Kesling Kitchen, and El Borrego offer American and Mexican foods; hence, entertaining residents always.

$890,000
453 Catarina Drive
Borrego Springs, CA 92004
3
Beds
3
Baths
2,741
Sq.Ft.
1979
Year Built
17
Days on Site
305010066
MLS
One of a kind gem as this property located in De Anza has been extensively updated with attention to detail while embracing the original design of the home. Original designer Jim Olson was sought out...
Coldwell Banker Borrego 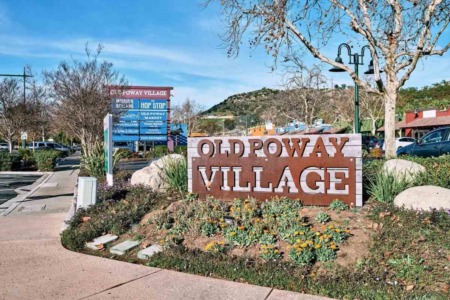 Poway has a rich history in being a rural community. Now as a city, Poway proudly calls themselves “the city in the ... 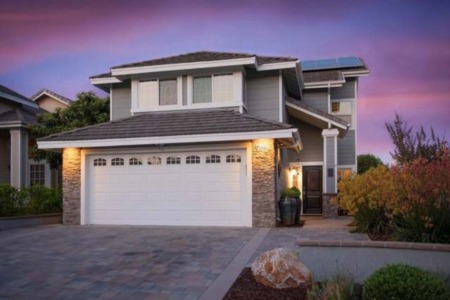 Get Pre-Approved in 60 Seconds...
(No Social Security Number Needed)

Do you own a home in San Diego and want a fast, free, and automated home valuation in 30 seconds or less? 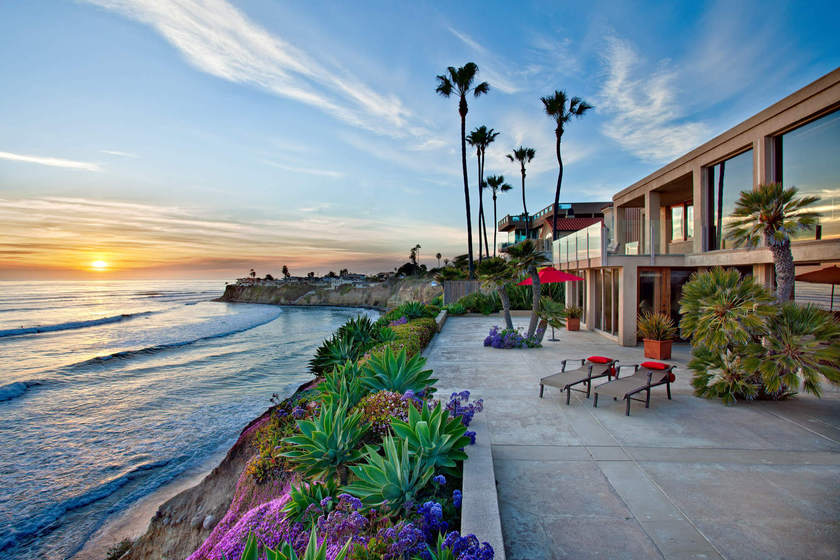 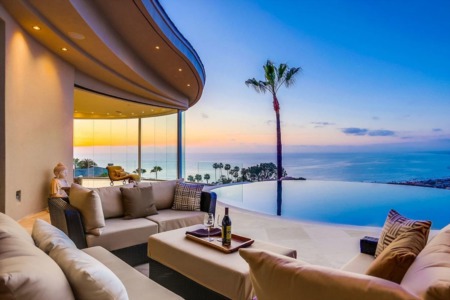 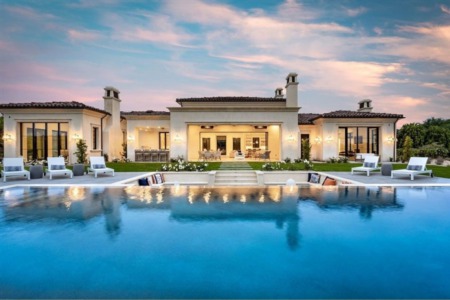